Scientists placed a group of 5 monkeys in a cage. A ladder was placed in the middle of the cage, with some bananas hanging at the top of the ladder. As expected, one of the monkeys raced up the ladder to grab the bananas. However, each time a monkey went up, the researcher sprayed ice-cold water on rest of the monkeys.

This continued for a while and soon the monkeys understood that they were being punished for the act of the monkey climbing the ladder. Now, every time a monkey went up the ladder, the other monkeys ganged up against him and beat him up. After some time, no monkey dared to go up the ladder, no matter how strong the temptation was. 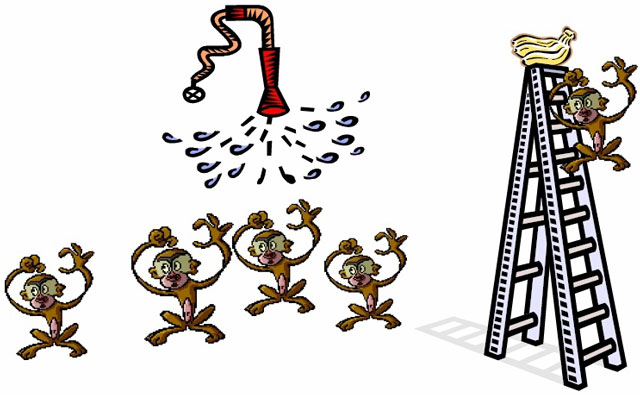 Now the second part of the experiment started. The researcher replaced one of the monkeys with a new inexperienced one. So, there were 4 monkeys from the old lot and 1 new monkey. As expected, when the new monkey saw the bananas, he went up the ladder to grab them. But the other four monkeys pounced on him and beat him up. After several beatings, the new monkey learned not to climb the ladder though he never knew why. (Note that no water was sprayed this time)

The second monkey from the old lot of 4 was substituted and the same thing happened. The first new monkey that was brought in last time (who was never sprayed with water) also participated in the beating of the second new monkey. Slowly, third, fourth and fifth monkeys were also substituted one by one. What was now left was a group of 5 new monkeys that never received a cold shower. But nevertheless they continued to beat up any monkey that attempted to climb the ladder.

This is a classic example of mob behavior. The bystanders and outsiders join in the fight without even being involved with it. If the monkeys could talk and you asked them why they beat up the guy climbing the ladder, their answer would be something like: “I don’t know. That’s how things are done here.”

Ask yourself why we continue to do things the way we have been. Challenge the status quo, evolve and move forward!! 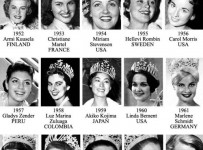 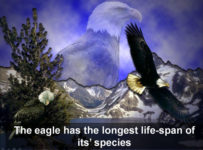 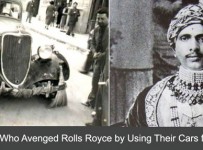