As per this forward going viral on social media of late, Mona Lisa was actually an Indian lady and her painting was done in India in 3000 BC. Her actual name was Monali Shah. It is said that the Italian painter, Leonardo da Vinci, stole this painting in 1506 and customized her dress to suit the local taste.

It was in fact the first painting to be photoshopped. By the way, did you know the actual story behind the name ‘photoshop’?. When the missionaries looted paintings from India and elsewhere, they were sold in local markets in Europe and people wanted the painting to be modified according to the local customs. This gave rise to the opening of a large number of shops that specialized in modifying the paintings; and these became popular by the generic name, photoshop. And this is how the popular photo editing software, photoshop too got its name. 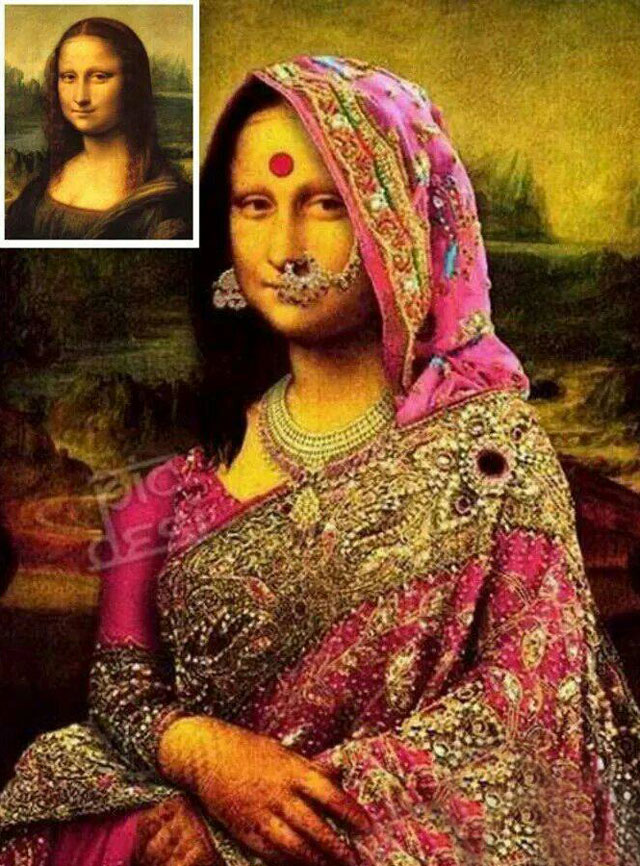