Inspirational Story of a Lady and Her Cookies at the Airport

How often do we share our cookies with others? And what if someone starts eating your cookies even without asking you? You’d be fuming up with anger, isn’t it? But should you really be getting angry at all? Read on this short inspirational story of a young woman who was eating cookies at the airport when a man sitting nearby joins her. I’m sure this will change your whole perspective on how you should take things in life! 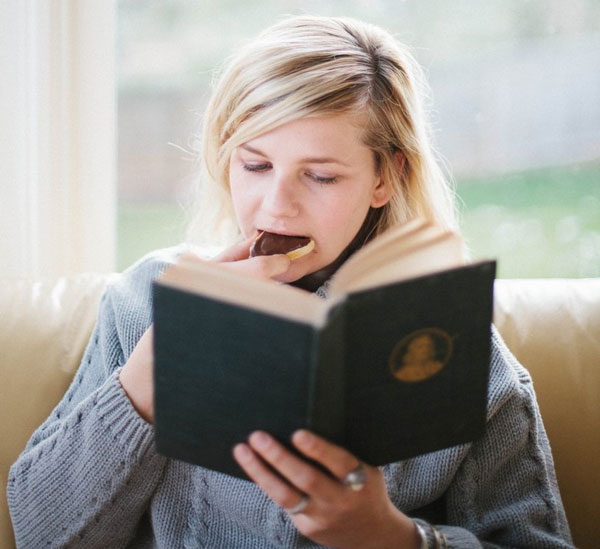 A young lady was waiting for her flight in the boarding room of an airport. As she had to wait for hours, she decided to buy a book, and to spend her time, she bought a packet of cookies too. She sat down on an armchair, in the VIP room of the airport, to rest and read in peace.

Beside the armchair where the packet of cookies was kept, a man sat down, opened his magazine and started reading. When she ate the first cookie, the man also took one. She felt infuriated but didn’t say anything. She just thought – What a nerve! If I were in the mood, I would punch his eye so that he didn’t forget this daring.

To each cookie she ate, the man ate another one. That was letting her fume up with rage but she couldn’t react.

When only one cookie remained, she thought – Ah! What will this abused man do now?

The man now divided the last cookie through the middle, giving her the other half.

Ah! That was too much!

She was too angry!!

Then she took her book, took her belongings, and headed to the boarding place.

When she sat down on her seat, inside the plane, she looked into her purse to take out her eyeglasses. To her surprise, her packet of cookies was there, untouched, closed!

She felt so ashamed! She realized she was the wrong one… She had forgotten that her cookies were kept in her purse. The man divided his cookies with her, without feeling infuriated, nervous or mad… While she was going mad thinking that he was dividing her cookies.

And there was no more time to explain herself, say thank you or apologize!